Hybrid engines leak test: a matter of life and death

The new hybrid engines impose a series of stringent additional leak tests compared to conventional endothermic engines, to which Movingfluid has given a concrete response with the realisation of a complete Leak Test system for hybrid engines.

In the automotive industry, the leak test is that essential stage on the outcome of which depends the life or death of an engine. If the components are assembled correctly and the materials are faultless, the leak test will be positive: no leaks detected. The engine lives on.

But if the leak test detects the unwanted passage of liquids or gases through what should be an airtight seal, then the engine will be destined to stop running immediately and not continue on its way to the road.

Movingfluid‘s new Leak Test system for hybrid engines is able to check the tightness of all new-generation components, such as inverters or plate heat exchangers, in addition to the basic constituent components of the endothermic engine, i.e. the engine block, intake manifolds and cylinder heads.

A reliable and modular control, applicable to every construction phase, capable of eliminating the possibility of the disastrous scenarios resulting from the identification of a faulty engine at the end of the production process, with liquid or gas leaks.

A leakage detection in the final phase would in fact imply going back to the processes, with further investment in terms of time and costs. But above all, in this case, the need would arise to identify precisely the reason for an unfavourable outcome. Everything can be questioned, in search of a corrective action.

On the other hand, the risks involved in putting a defective vehicle on the road are immeasurable. At risk are first and foremost the safety of people, but also the reliability and credibility of the brand. Last but not least, this would entail very high repair costs if the vehicle reveals the defect within the warranty period or for proven factory defects.

If confidence in your brand collapses, you can kiss your market goodbye.

This is why Lamborghini chose to entrust us with the installation of a complete Leak Test system that would reliably and accurately complete its production lines dedicated to the manufacture of hybrid engines, perfectly integrated with the existing systems. This concerns both the positioning of the additional machinery and the ability of the additional software to interface and dialogue with the MES already in use at the company.

We have long had the honour of being at Lamborghini‘s side on a path of quality that touches different production areas, with a trust that is renewed time after time in our team of mishap-solvers and results that always go one step beyond expectations.

We have already spoken in this Journal about our support in the realisation of customised spray booths, with visual alignment to existing installations and significantly improved performance compared to existing equipment in terms of suction capacity and air recirculation.

From our support in the painting phase, an activity in which achieving a high aesthetic level is one of the essential objectives to attract and make a potential customer fall in love with us, we move in this case history to focus on the heart of the vehicle: its engine. A heart that – in and out of metaphor – must prove reliable over time and know how to move those who make the choice to ‘marry’ Lamborghini.

One of the essential tests the engine must undergo to be considered reliable and suitable for installation in the vehicle is the Leak Test. We have long stood by Lamborghini with this control applied to endothermic engines. An articulated experience, which has gradually led us to achieve excellence and to refine a complete Leak Test system, capable of testing every stage of construction, also applicable to the new hybrid engines.

The unique prerogative of this innovative leak test method is precisely the possibility of testing at every stage of manufacture, from pre-assembly to filling the circuit. This allows the precise and timely detection of any faults before proceeding to the next stage, containing the possible reverberation of the error compared to other engines or over time.

If you haven’t already done so, we invite you to learn more about all the advantages of the complete Leak Test system developed by Movingfluid in our article Complete Leak Test System for Hybrid Engines and Endothermic Engines.

Because here, now, we are about to see it in detail in one of its most representative applications, i.e. with the implementation in succession of all the control phases.

We talk about Lamborghini, in this example, but we could talk about any other manufacturer in the automotive industry. From the most renowned brand to contractors, the reliability of an engine must be the same, and that is total, for everyone.

This is why the Leak Test system developed by Movingfluid is versatile and customisable, responding to different functions that can be freely chosen by the client according to his specific requirements.

Here we analyse them all. Feel free to choose your own.

Do you want a demonstration on one of your engines?

CALL AND MAKE AN APPOINTMENT FOR YOUR LEAK TEST

The control phases. Step by step, the certainty of a perfect seal

Below, we see in detail all the phases of the Leak Test system devised by Movingfluid applied in sequence to a Lamborghini 12-cylinder hybrid engine to check its tightness.

In order to test whether the pre-assembly phase was performed correctly, the following applied tests were carried out:

To test whether the assembly phase of the liners was performed correctly, the following applied tests were carried out:

In order to ensure that the inverter pre-assembly phase was faultless, the following applied test was carried out: 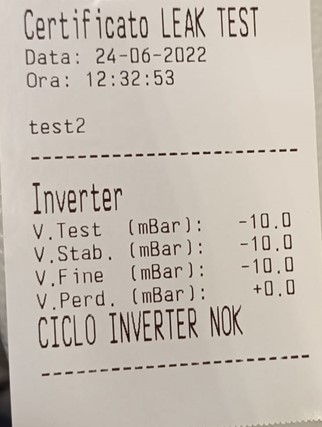 To test the plate heat exchanger for internal faults, the following checks were carried out: 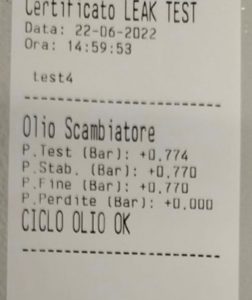 After the aforementioned preliminary checks, with the positive outcome of each phase of the Leak Test, we proceeded to the final phase of the process, i.e. filling the circuit and levelling the liquid in it.

To this end, all the components assembled in the vehicle – such as circuits, trays, pumps and control units – were subjected to a final leak test, which was essential to ensure the hybrid engine’s suitability for filling.

These are the tests performed:

Do you want to know the details of the filling and levelling operation? You can find the full description of each step in our article presenting the new complete Leak Test system for hybrid and endothermic engines, which we invite you to read.

Everything is clear, but would you like to see the Leak Test system in operation?
Never mind being Lamborghini

Our mishap solvers have numbers

Our collaboration with Lamborghini is made up of numbers that speak for themselves. They speak of a confidence fuelled by results. And of a professional and human relationship built over time, with seriousness and respect. Approach always held by our team, assisting anyone who has the desire to make an improvement or solve a mishap that impacts the performance of their system.

To date, we have supported the well-known automotive brand in checking and filling circuits of the following conventionally powered vehicles, accompanying them all the way to the road:

45,000 successful filling tests on various models with endothermic engines. Experience that our innovative Leak Test system now makes perfectly scalable in the world of hybrids, thanks to the possibility of testing extended to all electrical components.

Movingfluid is already building a future with clean energy.
If you are doing the same

CALL
Tag: Automotive, Case History, Dosage, Gases, Lamborghini, Liquids, Market news, Transfer
We study your idea and help you make it REAL, you will receive a feasibility study in 48h.
One of our experts will get in touch with you, now!
Do you want to contact us right now?
Topic